The dedicated plastic surgeons at My Houston Surgeons are some of the most skilled breast surgery experts in the region and specialize in advanced microvascular reconstruction procedures such as GAP Flap. They have worked with many women seeking breast reconstruction following mastectomy, and understand that this can be an empowering procedure, and for many women, a first step towards feeling like themselves after breast cancer.

The main benefit of the GAP Flap is that it uses the patient’s own tissue for natural breast reconstruction. GAP Flap also has the following benefits: 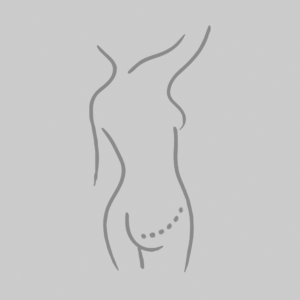 The GAP Flap is performed immediately following mastectomy or as a delayed reconstruction weeks, months or even years later.

During the GAP Flap procedure, the surgeon will make an incision along the upper or lower buttocks and harvest a section of tissue including skin, fat, and connecting blood vessels. This tissue will then be transferred to the breast mound, and a new breast will be sculpted with microsurgery and microvascular techniques. We generally prefer to take a staged approach for patients requiring bilateral GAP Flap reconstruction, and to reconstruct each breast in separate surgeries to avoid complications associated with sitting on the incisions.

Following the procedure, results will be visible immediately. Patients undergo our enhanced recovery with less pain and faster return to normalcy. Most patients begin walking without assistance the morning after the surgery and are discharged to go home.

It’s typical for patients to have several surgical drains placed in their incisions. Patients can plan to resume their normal daily routines approximately 3-6 weeks after surgery. Discomfort such as pain and tenderness generally subsides after one week, and scars will start to fade after roughly 3 months and continue to improve for up to one year.

The ideal candidates for GAP Flap are women who do not have enough abdominal fat for DIEP Flap breast reconstruction. This includes women who have had previous DIEP flap or TRAM procedures, or had previous plastic surgery (like abdominoplasty) or other surgical procedures that have affected the blood vessels necessary to feed DIEP Flap. Additionally patients should not smoke, be in general good health, and have realistic expectations. Patients who have had previous liposuction in the buttock region may not be good candidates as they may not have enough fatty tissue available.3

The Doctors at My Houston Surgeons have either authored or reviewed and approved this content. Page last updated: April 13, 2022

Our highly-skilled staff and doctors are dedicated to understanding your concerns and providing the best personalized treatment options available. Whether you seek cosmetic, reconstructive, or sinus surgery, our goal is to provide excellence in treatment and compassion in care.